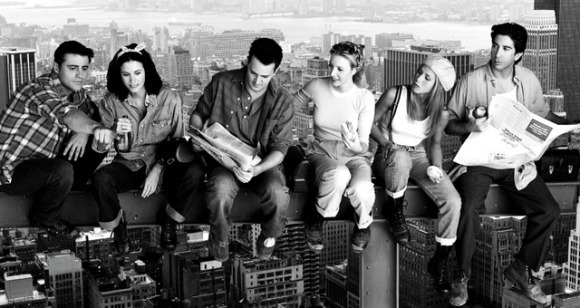 I wasn’t a Friends fan when it initially aired. I just never got into the show. But over two decades later I was being treated like a pariah because I couldn’t contribute to a conversation that started with, “Oh, remember that episode when…?”

“No, I never watched Friends back in the day,” I’d say. Gasps, all around me.

So when Netflix came out with all 10 seasons of the show, I decided I’d go back in time to 1994 when it all began.

And I’m so glad I did. But I don’t regret not watching it when everyone else did. I was 9 when it aired. I’m 30 now. Obviously I could relate much more to the characters today.

I’m so Monica. No, wait. I’m so Chandler. Hold on. I would so do what Phoebe just did.

And after cramming in 10 years worth of episodes into just a few months, I miss my Friends.